Manchester United's frightening defeat to Liverpool was in keeping with some pretty ghoulish memories of October in the Premier League.

Sunday must have felt like a horror film for Manchester United fans as their team endured perhaps their most humiliating defeat of the Premier League era.

Still, ghoulish goings-on are not uncommon for the Red Devils during the month of October.

Elsewhere, Chelsea's demolition of Norwich City came largely thanks to their English contingent and the in-form Ben Chilwell, who is on the kind of goalscoring run that struggling Spurs could really use.

Read on for more of the stranger Opta facts to emerge from the Premier League weekend...

Plenty of fans would think there must be something spooky going on at Old Trafford if the manager is not under threat of losing his job after the biggest loss to Liverpool in 126 years.

If the Glazers do indeed continue to back Ole Gunnar Solskjaer, perhaps it's because they have embraced as the norm United's history of some truly terrifying results during the Hallowe'en season.

The debacle against Liverpool was the fifth time United have lost a Premier League game by a margin of five goals. All of those matches have come in October: 5-0 defeats to Newcastle United (1996) and Chelsea (1999), the 6-1 thrashing by Manchester City in 2011, and last season's 6-1 loss to Tottenham.

Given their next two league games are against Spurs and City, Solskjaer must wonder whether he will still be in a nightmare after October 31. 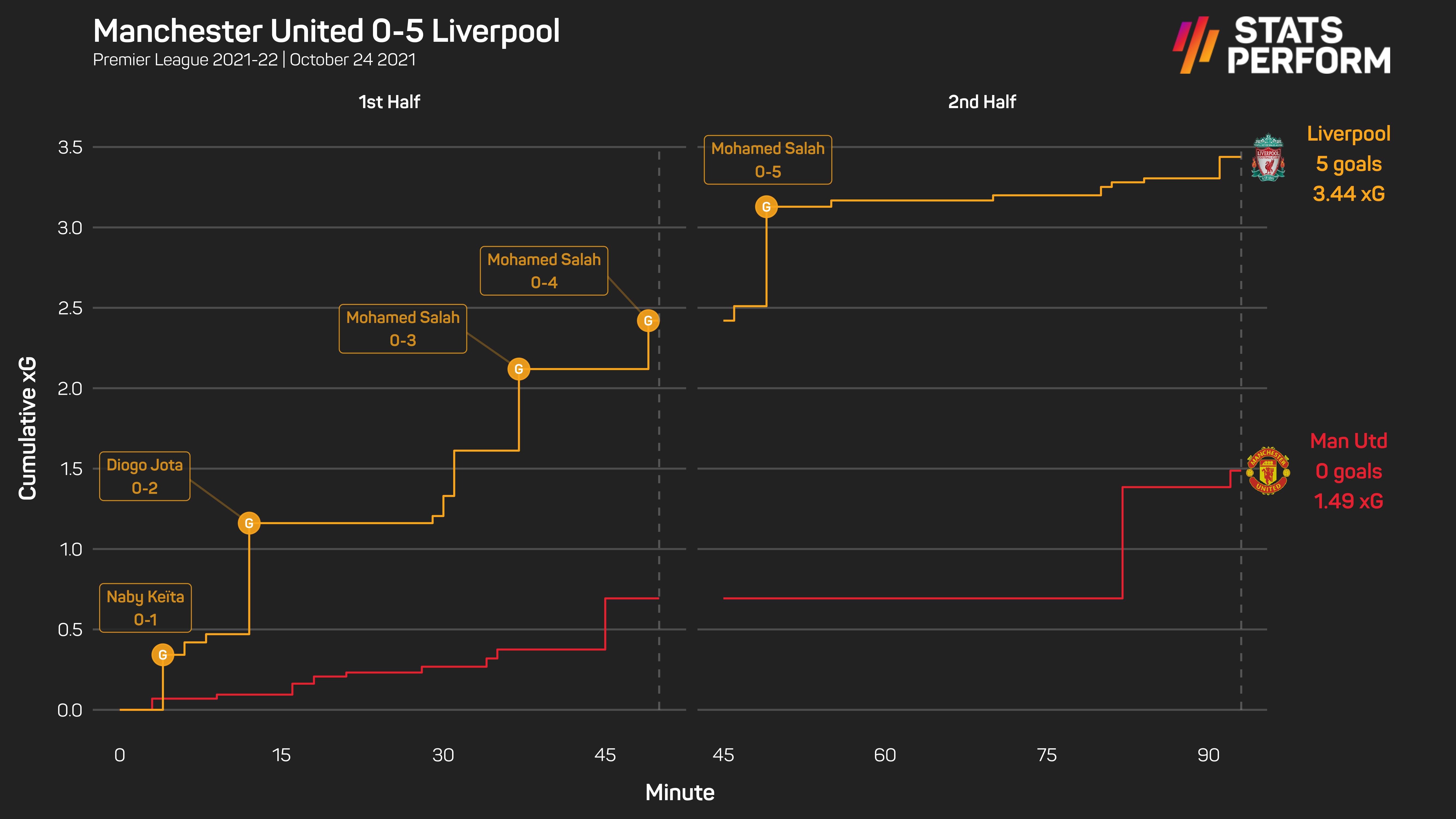 Battering another team 7-0 is a decent opportunity to rack up some goalscoring stats, which is exactly what Chelsea did against Norwich City.

While Mason Mount took the plaudits for his hat-trick, he was one of four English players to score in the game, the others being Callum Hudson-Odoi, Reece James and Ben Chilwell. Never before have the Blues had so many Englishman find the net for them in a single Premier League match. Indeed, the last side to do so (excluding own goals) was Bournemouth against Hull City in October 2016.

Chilwell has now scored in four league games in a row for Chelsea, having only managed two goals in his previous 26 appearances in the competition. The previous English player to score in as many consecutive matches for the club was Frank Lampard in February 2013.

If that form continues, the left-back will match Lampard's club-record 177 Premier League goals for Chelsea at some point in the 2026-27 season... 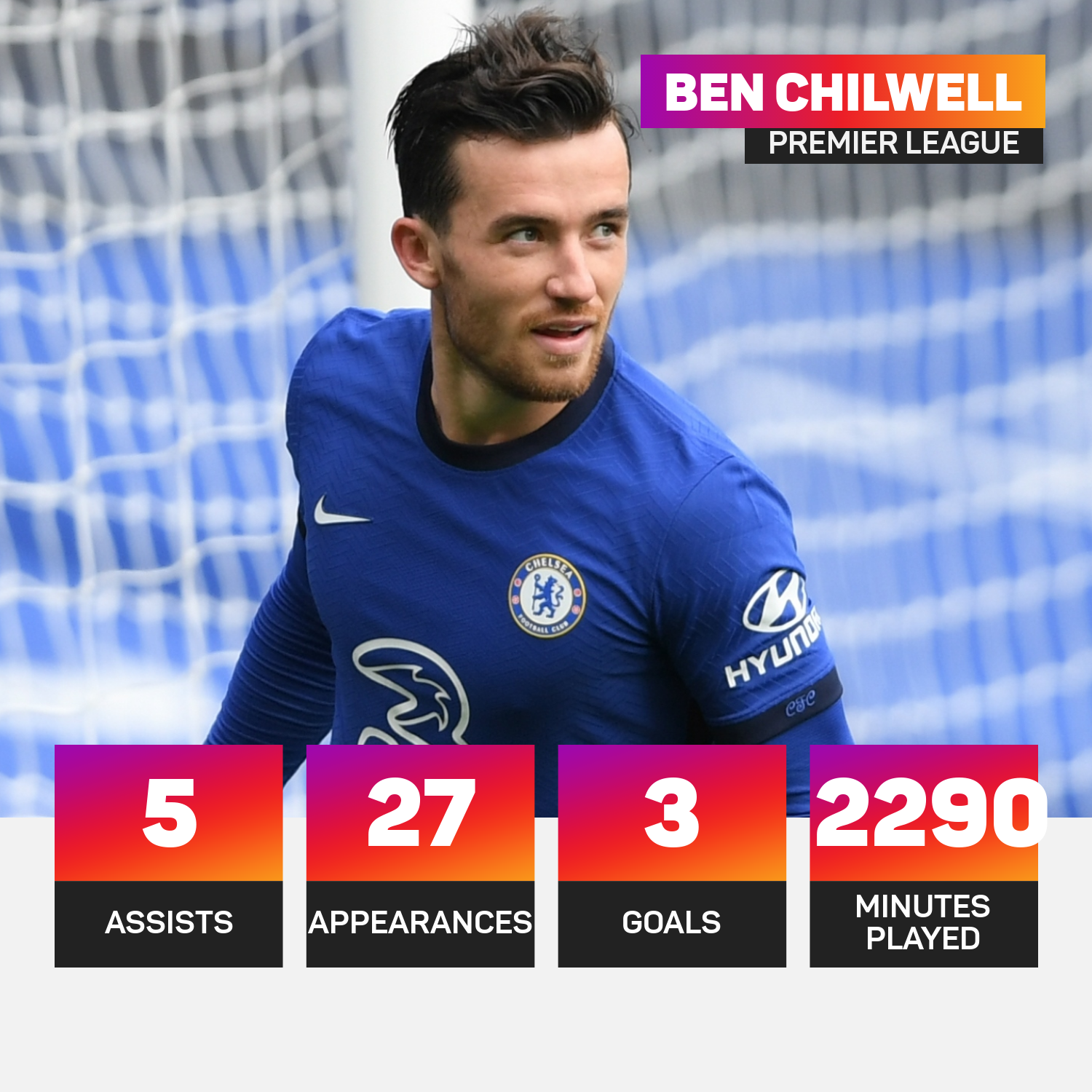 Watford's 5-2 win at Everton on Saturday was... well, it was just a bit weird, wasn't it? After all, it made Watford the first Premier League team to concede five and then score five the next week since 2018, while no side in the competition's history had ever trailed by two or more goals after 75 minutes and won by a margin of at least three.

And what a regal performance it was for former Toffee Joshua King. A visiting hat-trick would be a tough one to swallow for the Goodison Park faithful at the best of times, but King scored as many goals on Saturday as he attempted shots for Everton in his 11 league appearances for them.

Paul Pogba became the first United player since Luke Chadwick in December 2000, also against Liverpool, to be sent off in a Premier League game after coming on as a substitute.

The red card changed the game only inasmuch as it prompted Jurgen Klopp's men to take pity on their opponents – only five of their 19 shots overall came in that final half-hour.

Between his introduction at half-time and his dismissal 15 minutes later, Pogba certainly tried to make an impact on more than just the shin of Naby Keita. He completed eight passes in Liverpool territory, more than half the number Cristiano Ronaldo managed in the whole game, while also losing possession five times (one of which led to the fifth goal). Scale those numbers up for a full 90 minutes, and Pogba would have ended the game with 56 opposition-half passes, by far the most of any United player, but he would have lost the ball 35 times. Only once this season has a Premier League player lost possession more often in a single match: that was Matt Lowton for Burnley against Norwich City (37 times).

Pogba, dropped from the starting line-up against Liverpool and Atalanta after proclaiming something had to change following the Leicester City defeat, presumably wanted to make a point to his manager in his time on the pitch. You'd imagine this wasn't it. 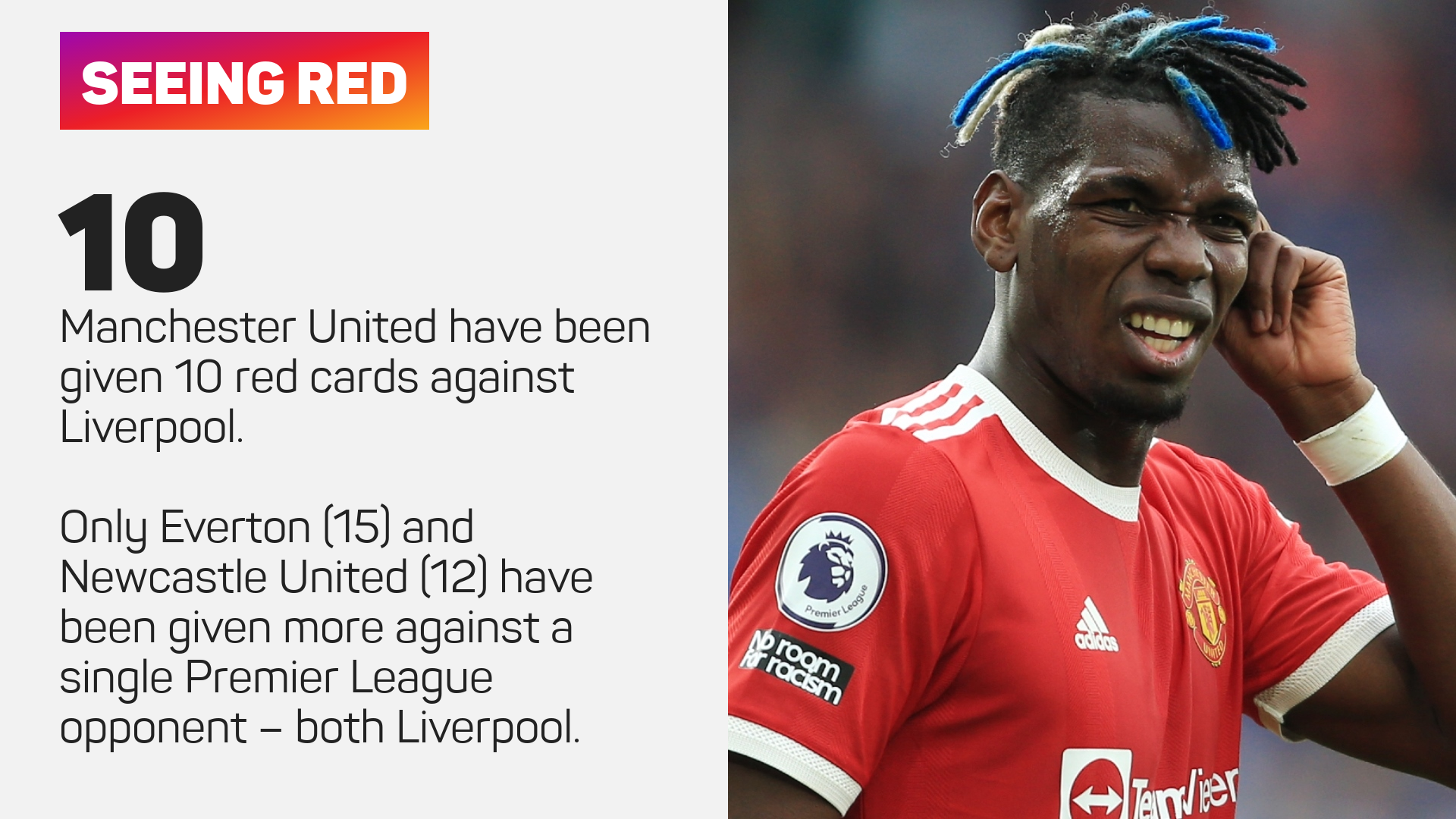 Tottenham didn't manage a single shot in the second half of their 1-0 loss to West Ham. That shouldn't come as a great surprise given they have only attempted 94 all season, the lowest tally in the division apart from Norwich (89).

At their current rate, Spurs will finish 2021-22 with roughly 302 attempted shots, which would represent their worst such return for a single season since... well, last season (443). In seven of the past 12 Premier League campaigns, they have managed at least double that number.

It's not all about Harry Kane, of course, but the England striker's numbers are a good yardstick. His average of 0.26 non-penalty expected goals per 90 minutes in 2021-22 is his lowest rate ever in a Premier League season, and his 2021-22 tally stands at one goal in 648 minutes across eight league appearances.

Andreescu to miss Australian Open as she focuses on mental health

The 2019 US Open champion Bianca Andreescu felt like she was "carrying the world" on her shoulders at times this season.

Manchester City have eased through their Champions League group but Pep Guardiola has been impressed by one RB Leipzig player in particular.

Arthur Masuaku's late strike handed Chelsea their second league defeat of the season, while Ralf Rangnick got off to a winning start.

Klopp: New Salah deal can't be agreed over a cup of tea in the afternoon

Manchester City have already won Group A, and travel to RB Leipzig for their final game, where Pep Guardiola is expected to make changes.

Real Madrid have already secured qualification for the next round of the Champions League, with Inter set to visit on the final matchday.

Yorkshire have announced Darren Gough as their new managing director as they attempt to rebuild following the Azeem Rafiq report findings.

Liverpool want to bolster their midfield with plans for an off-season swoop for 25-year-old Spaniard Fabian Ruiz.

Mayank Agarwal was named Player of the Match as India claimed the final five wickets on day four inside the first session.