Juventus new boy Gleison Bremer is hoping to earn a first international call-up after learning from two of the Bianconeri's defensive icons.

Gleison Bremer revealed Juventus greats Giorgio Chiellini and Leonardo Bonucci have been invaluable sources of advice since he joined the Bianconeri, as he targeted a spot in Brazil's squad for the World Cup in Qatar.

Having been named Serie A's 2021-22 Defender of the Year while starring for Torino, Bremer joined Juve in a reported €40million move after Matthijs de Ligt was sold to Bayern Munich last month.

Bremer led the way across Europe's top five leagues for interceptions last season (105), as well as making more recoveries (284) and winning more aerial duels (132) than any other Serie A player.

The Brazilian has taken Chiellini's number three shirt after he departed for Los Angeles FC, and is doing his best to learn from both him and current Juve skipper Bonucci as the Bianconeri target a first Serie A title since 2019-20.

"I spoke with Giorgio Chiellini - he has been one of the best Italian defenders," Bremer told a news conference on Thursday.

"He told me I could take his number three shirt, so I followed his suggestion.

"Since I arrived, I have looked to Leonardo Bonucci for advice, and as captain he has certainly been helping me out.

"We are concentrating on starting the season strongly against Sassuolo on Monday. This year we are all focused on putting the club back on track. We want to win at Juventus - this is a club where I can compete for important titles.

"It's a club that aims to win, to be at the top, so it was the right thing to join Juve.

"Being at Juve means setting your sights high. We want to do well in the Champions League, but we must first focus on Serie A." 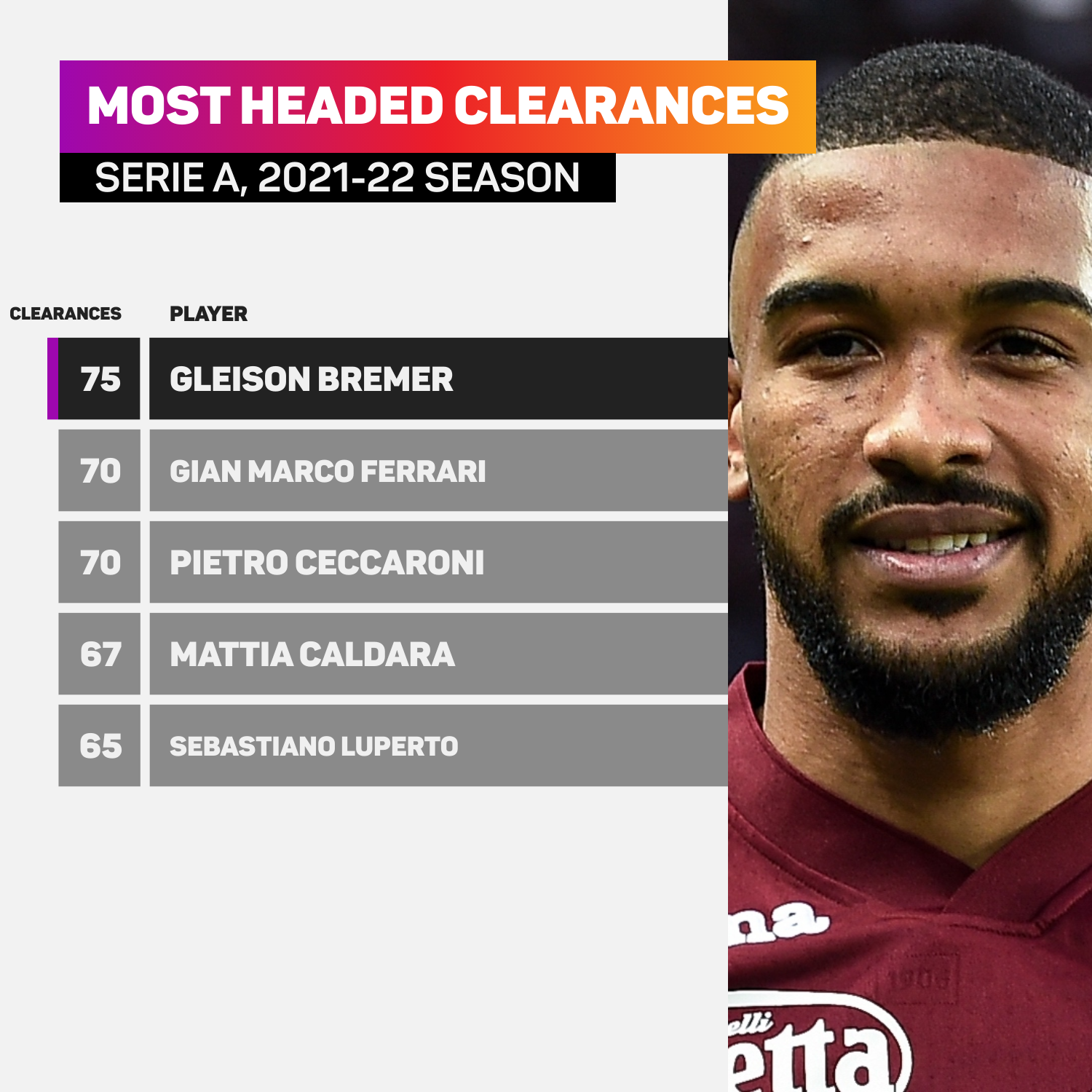 Despite his eye-catching performances in Italy, Bremer has yet to be handed a call-up by Brazil, who are looking to end a 20-year wait for World Cup success in Qatar later this year.

As the 25-year-old highlighted the role played by compatriots Danilo and Alex Sandro in advising him to join Juve, he set his sights on making a late bid for the Selecao's squad for the tournament.

"It won't be simple here because it's not easy to play for Juventus, but I knew there were Brazilians here and this helped me make my decision," he added.

"I spoke to Danilo and Alex Sandro and they were helpful in making up my mind, and they have helped me settle in straight away.

"Also, playing for Juventus will help me aim for the World Cup."

Juventus begin their 2022-23 Serie A campaign at home to Sassuolo on Monday.

Should he live up to expectations, Lee Zii Jia is scheduled for a semi-final collision course against top seed and home favourite Viktor Axelsen at the Denmark Open, taking place in Odense from October 18-23.

The likes of Fabio Quartararo, Francesco Bagnaia and Marc Marquez will be racing in India for the first time next year after it was announced to be part of the 2023 MotoGP season.

Good news for sports fans in Malaysia as beIN SPORTS CONNECT has been officially added to Astro's growing list of streaming service partners.

Aaron Chia and Soh Wooi Yik may have beaten Mohammad Ahsan and Hendra Setiawan to the men’s doubles world title last month, but the Malaysians hailed their Indonesians as their idols.

Team World won the Laver Cup for the first time after stunning their European counterparts 13-8 thanks to superb performances from Felix Auger-Aliassime and Frances Tiafoe.

Eliud Kipchoge set a new marathon world record after he crossed the line in Berlin on Sunday with a blistering time of 2:01.09.

Zii Jia to train with Axelsen, Antonsen before Denmark Open

Lee Zii Jia said he will train together with Danish stars Viktor Axelsen and Anders Antonsen ahead of the upcoming Denmark Open.